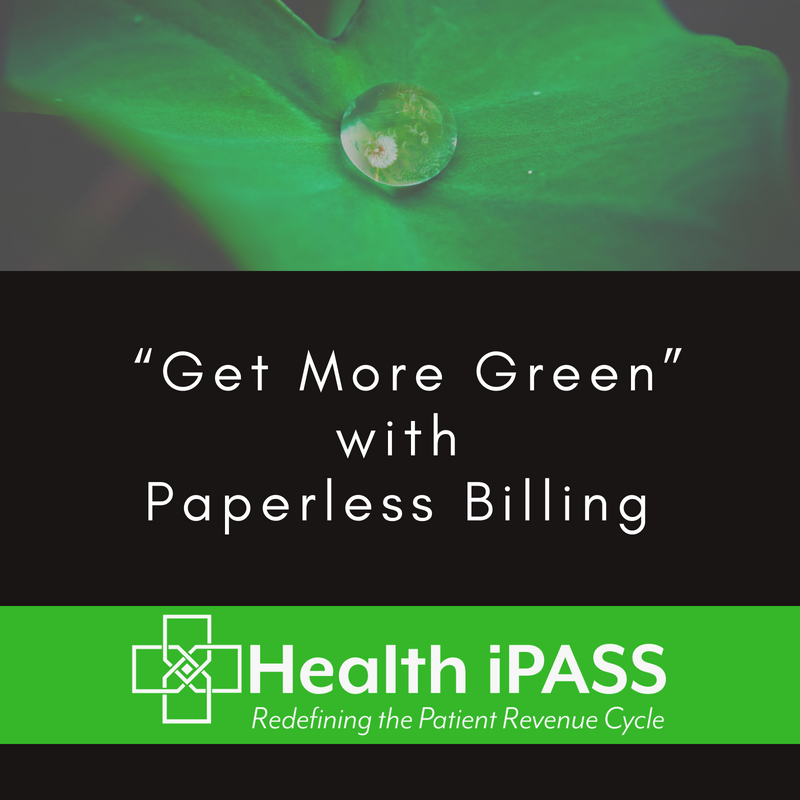 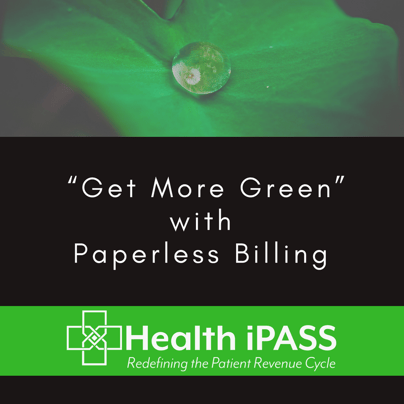 Jim Henson’s beloved character Kermit the Frog famously said, “It’s not easy being green.” However, due to the technological advances in our modern society, going green has actually become simpler and more beneficial to businesses and consumers than ever. How can healthcare providers do their part? One significant step in the right direction is switching to a paperless billing and payment system.

According to a study by the PayItGreen Alliance, if just 20% of American households switched from paper to electronic bills and payments, the effect in just one year would be astounding:

Beyond the positive environmental impact, paperless billing can also give providers the power to significantly reduce costs and time to collect from patients.

With Health iPASS, patients can pay co-pays and view post insurance adjudication balance estimates right from our user-friendly interface.  Patients can also authorize providers to keep a card-on-file for any residual balances owed. Receipts and payment reminders are sent via email, replacing the hours previously spent printing, folding, and mailing paper statements either by your own office staff or expensive third party billing and collection agencies. There is no doubt that switching to paperless eStatements and digital payment portals has the potential to save some serious green. However, it’s important that providers build messaging around a strong patient value proposition to convince patients this system of payment is right for them.

Reduced household clutter: No one wants to sift and sort through piles of paper statements. Paperless billing cuts the clutter and allows patients to organize bills and payments digitally, with access to several months of archived statement information a few clicks away.

Less potential for identity theft: Think about it—paper bills sit in your mailbox, around your house, or in your trash where those seeking to steal your personal information can get to them. With paperless billing, your information has a much-needed layer of encryption protection to deter would-be identity thieves.

Ability to receive emailed payment reminders and verification: When patients receive reminders about important payment deadlines, they are less likely to miss a payment. Paperless billing also sends payment verification messages so patients can have peace of mind that their payment was accepted.

Going paperless provides so many advantages to providers and patients alike, not to mention it caters to the billing and payment demands of the modern healthcare consumer. Looks like someone needs to let Kermit know that it is easy, convenient, and financially beneficial to be green after all. 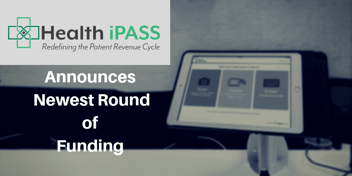 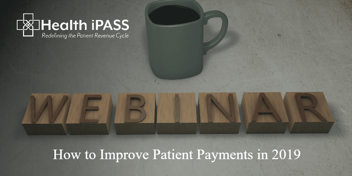 Patient Payment Webinar Now Available! Getting Paid from Patients in 2019: What Works, What Doesn’t and Why Status Quo is No Longer an Option